The store will not work correctly in the case when cookies are disabled.
Menu
Account
Settings
Currency

She is believed to be the first child double amputee to walk this prestigious runway in front of the world’s media.

Although no stranger to catwalks and major fashion runways, Daisy-May is an ambassador for luxury childrenswear label Lulu et Gigi. The young model has also walked London Kids’ Fashion Week and been part of modelling campaigns for River Island…and she’s not stopping there. After New York Fashion Week, Daisy-May is heading to Paris Fashion Week where she will model at the top of the Eiffel Tower. 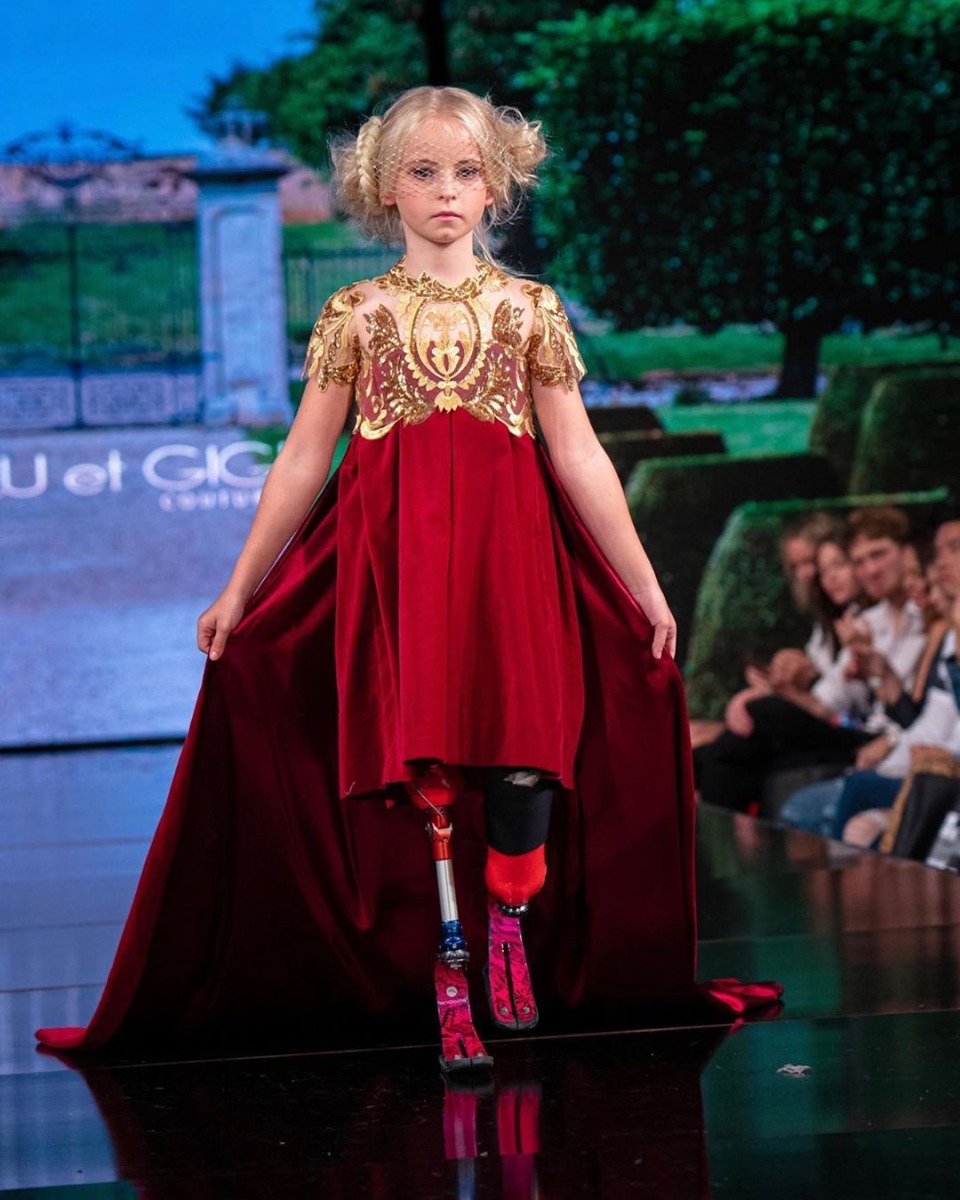 Daisy-May was born with fibular hemimelia, a birth defect where part or all of the fibular leg bone is missing. This affected her balance and mobility, and her parents decided the best option for her was to have below-the-knee amputations. At 18 months old, Daisy-May had surgery to remove both of her legs. She was then fitted with prosthetic legs and soon learned to walk, run, jump and do all the things kids of her age could do.

Daisy-May first got into the modelling industry when her dad, Alex Demetre, spotted an advert for Zebedee Management, a modelling agency which focuses on diversity. Alex said: “Daisy’s a special, unique child doing stuff all the doctors told me would never really be possible.”

Eni Hegedus-Buiron who appointed Daisy-May as a brand ambassador for Lulu et Gigi said she wanted people to see that ‘beauty is not one-sided’, adding “Daisy is not different to anyone else.”

It’s fantastic to see Daisy-May’s modelling career taking off and her not being held back by her disability and amputated limbs. It’s also wonderful to see diversity and disability represented on the world’s runways in this way.

© 2021 Able2 Wear Ltd holds the copyright to all its original designs and will not permit copying of any of its products. The company will no longer tolerate the theft of its original and unique designs and ideas and will defend its IPR vigorously through law and seek compensation for any loss incurred through such theft. www.able2wear.co.uk Able2 Wear Ltd, Unit B The Courtyard, Tewkesbury Business Park, Tewkesbury, GL20 8GD | Telephone: 0141 775 3738 | VAT: 271 8483 79 | Company registration number 10809165